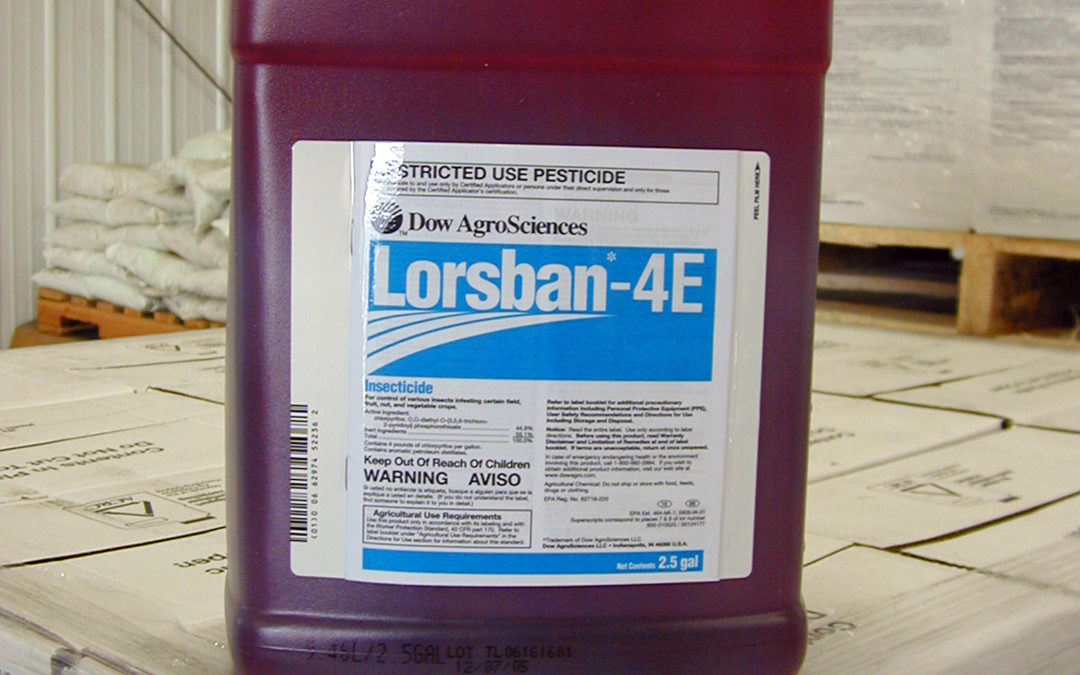 Sacramento, CA – Earlier today, one of California’s leading independent scientific bodies unanimously declared that the insecticide chlorpyrifos is a developmental toxicant, strengthening the case for state officials to take the chemical off the market.

This decision comes more than a decade after the Developmental and Reproductive Toxicant Identification Committee first took the issue under consideration. After reviewing more than eighty-one new studies since 2008, and over 300 in total, the committee today decided the weight of the evidence supports listing chlorpyrifos as a developmental toxicant.

The listing becomes official in the next few days, and effective in one year. In addition, certain products will have to bear the Proposition 65 label.

As California officials at the Department of Pesticide Regulation move forward with additional review of the chemical, today’s decision by independent scientists will make it increasingly difficult to avoid banning chlorpyrifos from use on food crops.

Miriam Rotkin-Ellman, MPH, Natural Resources Defense Council senior scientist, said, “With today’s decision, California affirms the extensive scientific evidence that chlorpyrifos is harmful, particularly for pregnant women and children. California now has a mandate to ensure that all actions to evaluate and address risk from this pesticide must protect children.”

Emily Marquez, PhD, Pesticide Action Network’s staff scientist who attended today’s hearing, said, “The committee made the right decision in light of the scientific evidence. Chlorpyrifos is neurotoxic and the Prop 65 listing affirms what scientists, doctors and communities have been saying for years – children’s developing brains are incredibly vulnerable to low amounts of the chemical during critical windows of development. State regulators should follow today’s decision by finally taking this chemical off the market.”

Raul Garcia, a Porterville resident and outreach coordinator for Tulare County Coalition Advocating Pesticide Safety, said, “The listing confirms the lived experiences of communities, particularly, low-income, unincorporated and Latino communities in the San Joaquin Valley that know this pesticide to be harmful to our most vulnerable populations. Our families have been unfairly exposed to this neurotoxic pesticide for decades. Today’s decision affirms the importance for California to follow the science and protect our communities by keeping this chemical out of our fields and bodies.”

Over 1 million pounds of chlorpyrifos are used in California each year on a variety of fruit, nut and vegetable crops, and pregnant women and children — particularly those living near agricultural fields — are often exposed to the chemical through the air and on food they eat. Recognizing the clear body of science showing harm, the U.S. Environmental Protection Agency (EPA) was slated to ban the chemical on all food crops until incoming EPA Administrator Scott Pruitt reversed that decision earlier this year.