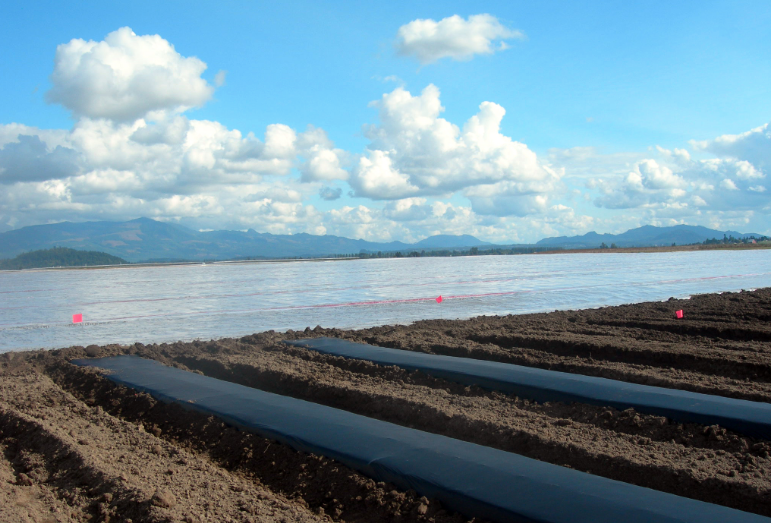 Along with flood, drought and fire, add pests to the list of anticipated impacts of climate change. With a longer growing season and a warmer climate, weeds and insect pests will proliferate, most likely leading to more pesticide use – which is itself responsible for harmful emissions that further exacerbate climate change.

But what if instead, California rose to the challenge posed by the climate crisis and took the opportunity to embrace the principles of regenerative agriculture in order to reduce pesticide use, improve soil health, and increase the capacity of soil to retain water and sequester carbon?

As a report by the Union of Concerned Scientists put it, “global warming is like Miracle-Gro for weeds.”

Warmer weather is very good news for insect pests too. Monocropping provides an uninterrupted food supply, and warmer weather is expected to extend the duration of the feast. Milder winters will reduce insect mortality, and we can expect to see expanded pest ranges too as northern regions warm.

All of this adds up to either a whole lot more chemical pesticide use – or an opportunity for a radical transformation of agricultural practices that’s focused on soil health and emissions reduction.

Pesticide use is itself a major contributor to climate change

A report from the Intergovernmental Panel on Climate Change finds that about 30% of global emissions leading to climate change are attributable to agricultural activities, including pesticide use.

More than 200 million pounds of agricultural pesticide active ingredients are applied to California fields each year, of which more than 40 million pounds are fumigants – among the most hazardous and greenhouse gas-producing pesticides. Fumigant use has been shown to contribute to nitrous oxide, a greenhouse gas 300 times more potent than carbon dioxide.

And yet, pesticides’ contribution to greenhouse gas emissions is being ignored by California.

Agriculture can be part of the solution

Countries around the world are now recognizing the unique role that agriculture can play in sequestering carbon. Nearly the entire European Union joined a host of nations in signing onto the international initiative 4 per 1000 under the Lima-Paris Action Agenda, officially recognized by the Paris Climate Accord.

The initiative recognizes that a 4% annual growth rate of soil carbon stock would make it possible to stop the present increase in atmospheric CO2. Countries are called on to do this by scaling up regenerative farming, grazing and land-use practices with a focus on soil health.