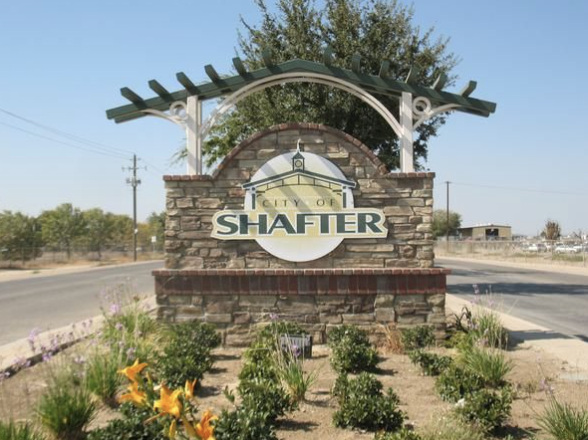 Shafter, CA. – Public health advocates and residents of the Kern County town of Shafter are applauding the state for taking steps to implement a notification requirement for agricultural pesticides after the Department of Pesticide Regulation (DPR) ordered Glenn Fankhauser, the Kern County Agricultural Commissioner, to publicly share advance notice of pesticide applications in Shafter as part of the state’s commitment to reduce local sources of air pollution.

The proposed pilot project would provide Shafter residents with advance notice, online and via text alert, of all planned applications of the fumigant pesticides 1,3-dichloropropene, chloropicrin and MITC for the 7-mile radius around Shafter. The targeted pesticides are all classified as Toxic Air Contaminants, all are known or suspected carcinogens, and all are Restricted Materials – a designation for the most hazardous chemicals which require a permit to use. Advance notice is already provided by growers to the County Agricultural Commissioner, and in Kern County is also shared with other growers. The proposed pilot would extend that notice publicly via an online portal.

But so far, Mr. Fankhauser has refused to comply with the state’s order. Industry groups and the statewide association of county agricultural commissioners have also come out in opposition to the new requirement.

Two dozen community and environmental justice organizations pushed back against the agricultural commissioner’s defiant stance: “This poses no burden on the growers, and very little on the Commissioner, and yet provides an enormous public benefit for residents who, for the first time, will have the ability to take protective measures to prevent exposure. It’s rare to be able to reach a solution that requires so little cost and so few resources. In terms of cost/benefit ratio, the cost is slight and the benefit incalculable,” said the group in a letter to DPR and the California Environmental Protection Agency.

The pesticide notification pilot project is part of the State’s effort to reduce local air pollution sources in overburdened communities under Assembly Bill 617. Shafter was one of the first communities selected to participate in the program, which allows local stakeholders to identify measures for inclusion in a Community Emission Reduction Plan (CERP). The community-led program is intended to improve public health and air quality in Shafter, which currently ranks in the 94th percentile for statewide pesticide pollution burden according to the state’s environmental risk screening tool, CalEnviroScreen 3.0. According to the state’s website, the pesticide indicator is used because “exposure to high levels of some pesticides can cause illness immediately or conditions such as birth defects or cancer later in life.”

Throughout the two-year process to develop and implement the CERP, Shafter residents say, the Kern County Agricultural Commissioner was unwilling to work with the community on the design of the notification pilot, which led to the intervention by the state Department of Pesticide Regulation.

“It’s incredibly frustrating to still be fighting for notification in Shafter, almost a year after it was promised to us,” said Anabel Márquez, a member of the Shafter AB 617 Steering Committee, who was part of the lengthy process that led to the pilot program. “Mr. Fankhauser has proven again and again that his sole allegiance is to the profits of the agricultural industry, and not to the health and welfare of the people he is charged with protecting. We are all disgusted and disappointed by his response and that of the ag industry. We just want to know what’s being applied nearby.”

Community members and advocates are now calling on Mr. Fankhauser to hand over the advance notices to the state, so that DPR can make the information public in advance on its website.

“If the County refuses to share this information, they’re giving the state no choice but to step in,” said Shafter AB 617 Steering Committee member Felipa Trujillo. “The pilot program in Shafter could prove a great model for the whole state, and we’d be proud to play a role in expanding the right to know for all Californians. No one should have to wonder about the chemicals being sprayed in the field next door, and whether it can hurt them or their children. This is a matter of basic justice.”

Advocates are ready to call on the Kern County Board of Supervisors to intervene if Mr. Fankhauser continues to refuse to comply with state orders.

Center on Race, Poverty & the Environment is a national environmental justice organization providing legal, organizing, and technical assistance to grassroots groups in low-income communities and communities of color.