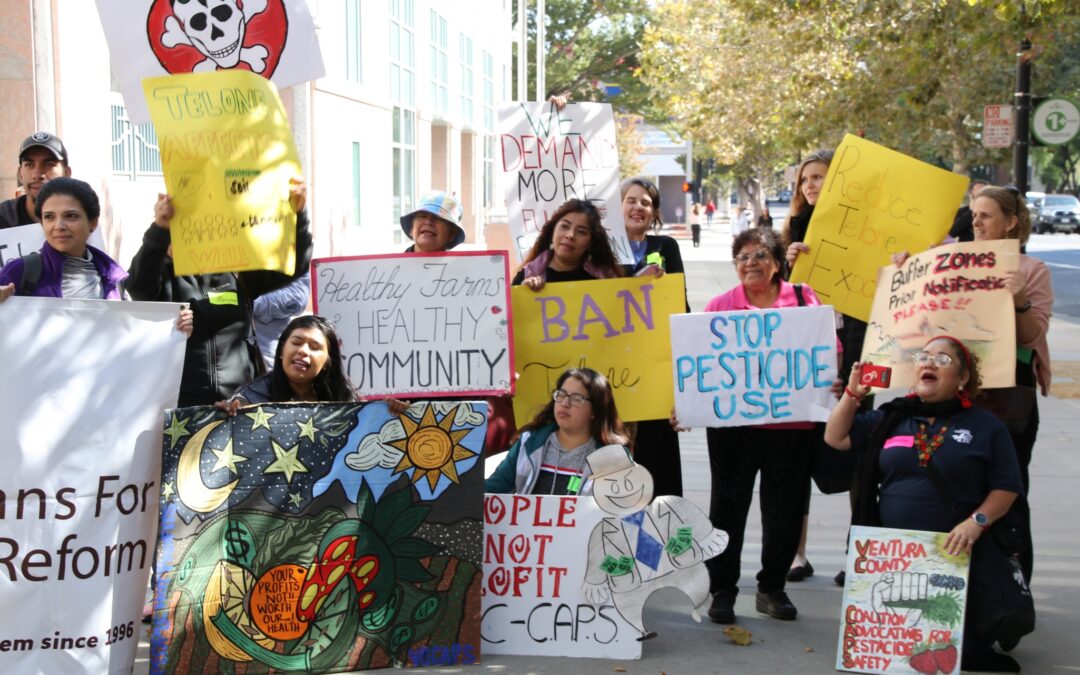 November 2022 Update:
The California Department of Pesticide Regulation (DPR) announced its draft regulation for 1,3-dichloropropene which uses a cancer risk level 14 times more lenient than the one recommended by its sister agency the Office of Environmental Health Hazard Assessment (OEHHA). OEHHA’s June 2022 No Significant Risk Level (NSRL) was ignored, and was not even listed among the 32 “Documents Relied Upon” in drafting the regulation.
In fact, DPR adopted the risk level recommended by the manufacturer Dow (50 micrograms per day) over that of the state’s own expert risk assessment branch (3.7 micrograms per day).
What will CalEPA do now that its own departments are publicly at odds on a key public health issue? Will it allow its department that is funded by pesticide sales to ignore its expert risk assessors?  Stay tuned.
June 2022 Good news alert:
In response to a petition filed by CPR, the Office of Environmental Health Hazard Assessment (OEHHA) has established a strongly health protective Prop.65 No Significant Risk Level (NSRL) for the cancer-causing fumigant pesticide 1,3-dichloropropene (1,3-D, or Telone), the third most heavily used pesticide in California. An NSRL is a “safe harbor” level at which an exposure poses no significant risk. Businesses must provide warnings for exposures above an NSRL.
OEHHA’s intervention on this hazardous chemical is both timely and welcome. In response to legal action by CPR and allies, a court in 2018 found that DPR had violated the regulatory process for 1,3-D, and ordered DPR to develop a legal rule “in concert with OEHHA.” Four years later, after appealing the court decision and losing AGAIN in court, DPR is finally developing a lawful regulation for 1,3-D, with rulemaking expected in November.
In the past, OEHHA has strenuously opposed DPR’s lifetime cancer risk level calculation as far too lenient, recommending a more than fourfold decrease in the exposure level adopted by DPR in 2016. OEHHA’s NSRL therefore has the potential to influence DPR’s rulemaking in a more health-protective direction.
In 2018, the highest level of 1,3-D ever recorded was measured in Shafter (Kern County), a record that was broken later that same year in Parlier (Fresno County). A very high level recorded in Shafter in 2020 was determined to have originated from an application more than 7 miles away, underscoring how far this and other fumigant pesticides are known to drift. No mitigations have been proposed or implemented in response to these extremely high levels.
Meanwhile, millions of pounds of 1,3-D continue to be unleashed on farming communities in California every year. This drift-prone carcinogenic fumigant is banned in 33 countries.
En español »