Hawaii first in the nation to ban brain-harming pesticide chlorpyrifos 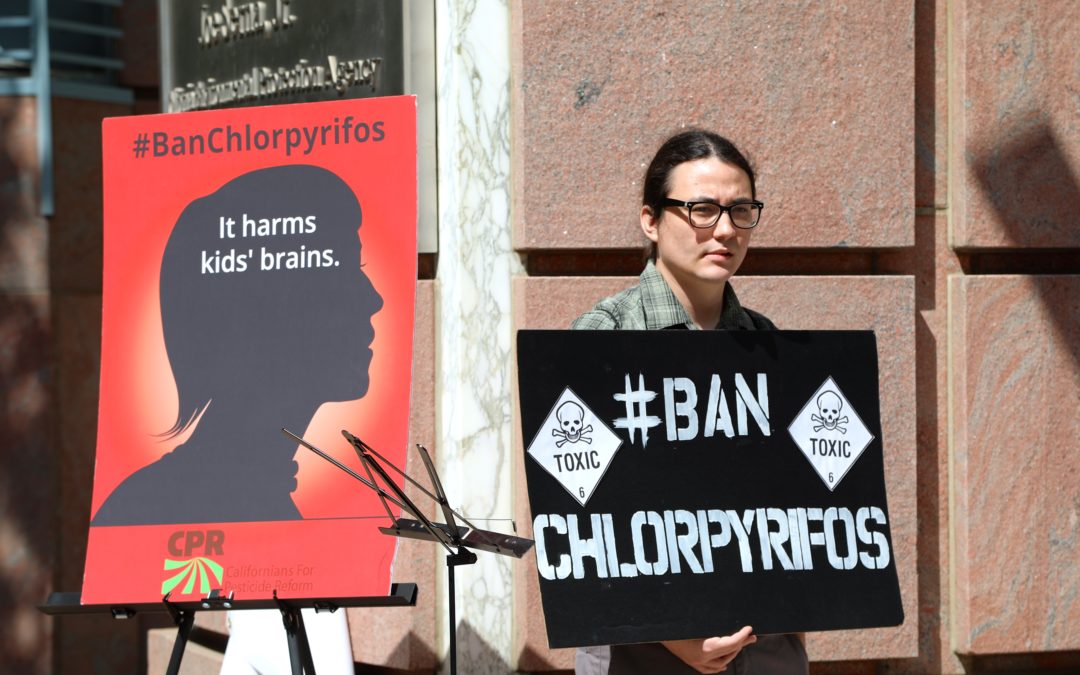 Sacramento, CA: Hawai’i Governor David Ige signed a ban of the brain-harming pesticide chlorpyrifos into law Wednesday, making the Aloha State the first in the nation to ban the chemical linked to autism, ADHD, and IQ loss. Hawaii’s ban comes fifteen months after US EPA Administrator Scott Pruitt reversed course on a proposed federal ban, and almost two decades after the chemical was banned for household use because of its impact on the developing brain of young children. Hawaii’s bold action contrasts starkly with the incremental approach taken by California regulators, who just yesterday designated chlorpyrifos as a Toxic Air Contaminant. It’s unclear what additional restrictions will be imposed on its use in California as a result of this designation.

For grassroots organizers in Hawaii who have been pursuing a statewide ban for more than six years, the passage of the law marks a significant victory for the power of states to act on behalf of their residents when the federal government fails to protect them. “This law is our message to the EPA and to the chemical companies that we will no longer tolerate being ground zero for the testing of toxic pesticides that are damaging our children’s health and poisoning our environment,” said Gary Hooser, former Majority Leader of the Hawai’i Senate, and founder of the Hawaii Alliance for Progressive Action. “This is Hawai’i fighting back against the disrespect for science and public health—and winning! In the era of Trump, states must lead.”

Although California staked out an early position as the leader of the resistance to the Trump Administration’s effort to roll back environmental protections, the response of the state that uses more chlorpyrifos than any other has been slow. In contrast with the decisive action taken by Hawaii’s legislature, California has charged the California Department of Pesticide Regulation (DPR) with a lengthy risk assessment process as a first step toward increased protections.

Despite pressure to act swiftly after Pruitt’s stunning reversal last March, DPR took five months to release a revised risk assessment. That risk assessment, and another draft released in November, were notable for ignoring the known neurotoxic effects of chlorpyrifos and disregarding the body of science that had led US EPA scientists to recommend a ban. The draft risk assessment was so weak that in March, the state’s independent Scientific Review Panel ordered them to rewrite it.

“It’s incredibly disappointing that this destructive chemical is still being sprayed on crops in California, some of them right next to homes and schools,” said Mark Weller, co-director the statewide coalition Californians for Pesticide Reform. “Federal and state scientists all agree that the amount of chlorpyrifos routinely used in California exposes young children to the risk of severe brain harm, and yet still our leaders don’t act. We applaud Hawaii for doing the right thing, and urge our state to follow suit.”

On Tuesday, the Panel conditionally approved a much stronger version of the assessment, one that acknowledges that young children in California are exposed to an unacceptable level of risk from exposure to chlorpyrifos from food residues, drinking water and drift up to half a mile from treated fields. Each exposure route was determined to exceed safe levels on its own. In combination, DPR’s latest risk assessment makes clear that all children in California are at risk of the brain-harming impacts of chlorpyrifos, with the greatest risk to rural children in farmworking communities.

The Scientific Review Panel will give final approval to DPR’s Risk Assessment within thirty days, which is expected to lead to increased restrictions on chlorpyrifos use or even result in California becoming the second state in the nation to ban it outright.