Growing Olives Without Pesticides in the San Joaquin Valley 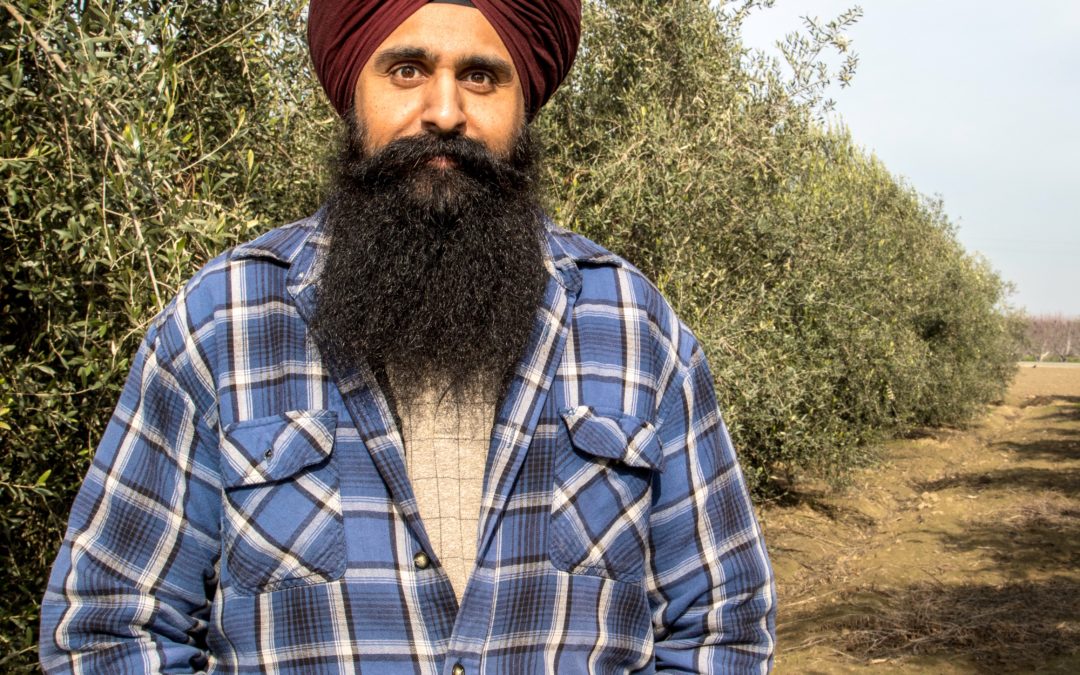 Kanwarjit Boparai practices and teaches veterinary medicine, but he believes that agriculture “is in my blood.”

“My family is from Punjab, India, which is sort of a breadbasket of India, and California is sort of a breadbasket of America,” said Dr. Boparai, a California native. Each week, he travels hundreds of miles through the Central Valley – from his home in Lathrop, to his teaching job at San Joaquin Valley College in Fresno, to his parents’ home in Lemoore.

But it’s in Lemoore where he has literally put down roots.

Although his parents bought their land about 20 years ago, at first the two-acre farm tract grew plums, then crop hay, then nothing at all. In 2011, Dr. Boparai wondered: Could he turn this into an olive orchard? And Boparai Farms was born.

Before the first tree went into the ground, this former Future Farmer of America did his homework. Dr. Boparai’s undergraduate degree was from the University of California at Davis, which happens to have a world-renowned Olive Center.

“I started getting some information there about the different varieties, what types of yields, what type of cultivation methods,” he said. “I came up with the name Frantoio 8/9 because it’s eight Frantoios surrounded by a Luccino pollinizer. I thought that would be a little different way to do it.”

In 2012, Dr. Boparai planted 168 trees “the old-school way” – by hand. He continues to farm the land using sustainable practices and no pesticides, fertilizer or other chemicals.

“Basically, these guys get water and soil,” he said. “If I could eat olives off the tree – which you can’t, but if I could – I’d have no qualms about grabbing one right now and eating it because I know there are no chemicals on there for me to worry about.”

In 2016 – a year ahead of schedule – the orchard yielded its first harvest. Dr. Boparai brought in a picking crew, and immediately transported the harvest to a custom mill about 45 miles away.

“Our olive goes from tree to bin to actual oil in 24 hours. That’s what makes it extra virgin olive oil,” he said. “So there’s quite a pressure to get all of the olives picked and harvested as soon as possible because the longer they stay out the more they degrade. If they’ve been out more than a day then you’re not going to get that extra virgin quality.”

That first harvest produced 500 bottles of olive oil, which is sold online at www.boparaifarms.com. A year later, the harvest doubled. A few bottles were sold fresh, but most of that oil was still settling during a visit to the olive grove in January 2018.

“I can’t compete with someone who’s got 2,000 acres and I don’t want to,” he said, reflecting on the difficulties of establishing a market position. “But perhaps I can differentiate myself by saying, ‘I’m the guy who actually put these trees in the ground. I’m the one who takes care of them.’”

Joan Cusick is a Sacramento-based photographer with a passion for “slice-of-life” storytelling. Want to see more of Joan’s work? Click here.