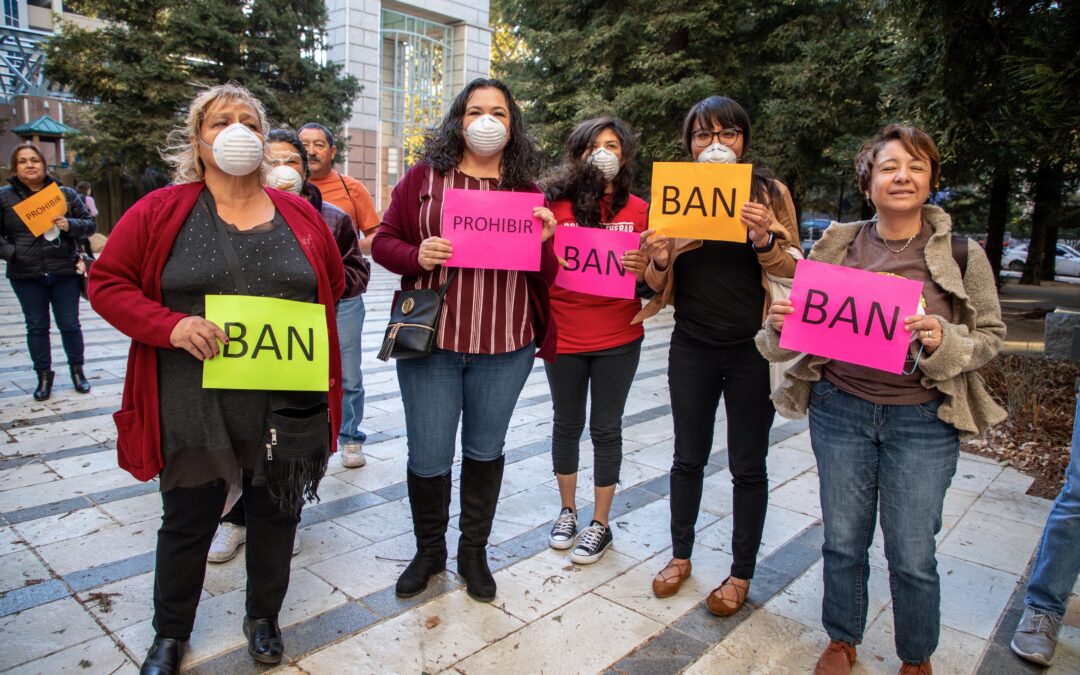 Chlorpyrifos use will be banned in December 2020

Sacramento: In a historic win for public health, the California Department of Pesticide Regulation today announced a decisive end to the brain-harming pesticide chlorpyrifos in California. Dow and other manufacturers will have until November 8 to end all sales in California of chlorpyrifos, a nerve gas linked to severe and permanent brain damage in young children, including ADHD, IQ loss, and autism. Distributors must cease selling the chemical to growers by February 6, 2020, and growers will be forbidden to use the product after December 31, 2020. An exception has been made for granular forms, which are not associated with detrimental health effects according to DPR.

Residents of California’s most impacted farmworking communities reacted with joy to the news. “I am pinching myself, I can’t believe this terrible chemical that has caused my family such misery will finally be banned in California,” said Fidelia Morales, a resident of Tulare County whose home is surrounded by orange groves that were treated with chlorpyrifos. “After fighting for so long to make sure no other family goes through such needless suffering, I’m very happy that our state has made a decision that puts community health ahead of Dow’s profits.”

In a statement released by the Department of Pesticide Regulation, Governor Newsom acknowledged the role played by impacted residents like Ms. Morales in the state’s decision to end chlorpyrifos use in California.

“For years, environmental justice advocates have fought to get the harmful pesticide chlorpyrifos out of our communities,” said Governor Gavin Newsom. “Thanks to their tenacity and the work of countless others, this will now occur faster than originally envisioned. This is a big win for children, workers and public health in California.”

Chlorpyrifos began grabbing headlines in 2017 when the Trump Administration reversed a long-planned federal ban, in defiance of US EPA scientists who had concluded after more than a decade of study that chlorpyrifos was unsafe to use in any amount. Soon after, Hawaii and New York took the lead in enacting statewide bans. In California, chlorpyrifos was designated a restricted material, a Toxic Air Contaminant, and a Prop. 65-listed chemical, but it was the Newsom Administration that sounded the death knell for the chemical, which is still used in vast quantities in California – almost a million pounds each year.

“We’re delighted that the Newsom Administration, CalEPA and the Department of Pesticide Regulation have stepped up to right a glaring wrong, and have sided decisively with science, public health, and the future of California’s children,” said Jane Sellen, co-director of the statewide coalition Californians for Pesticide Reform.